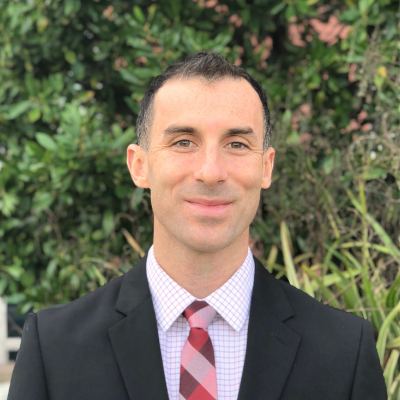 Billy Bludgus serves as the director of middle school math and science for the Brilla Schools Network. Prior to joining the Seton team, Billy spent six years with the Cristo Rey Network, a nationwide movement of Catholic, college-and-career-prep schools for students in underserved communities. He led the development of a future Cristo Rey school in Miami, FL during its planning year, and he served as the dean of students and assistant principal at Cristo Rey San José (CA) during the school’s first five years. Earlier in his career, Billy spent six years at Loyola School in New York City as a math and theology teacher and service-learning program director. Billy began his career teaching abroad in Dar es Salaam, Tanzania. During his years in East Africa, he founded the House of Blue Hope (HBH), a non-profit organization which supports vulnerable youth through formal schooling, enrichment programs, wrap-around social services, and career planning. HBH currently operates five residential and community centers, a nursery school, and microfinance programs for women-led small businesses in Dar es Salaam. Billy holds a bachelor of science in mathematics and secondary education from the University of Miami, an master’s in educational leadership, administration, and policy from Fordham University, a master’s in business administration from Barry University in Miami, and a doctorate in Catholic educational leadership from the University of San Francisco.

“We have a powerful potential in our youth, and we must have the courage to change old ideas and practices so that we may direct their power toward good ends.”