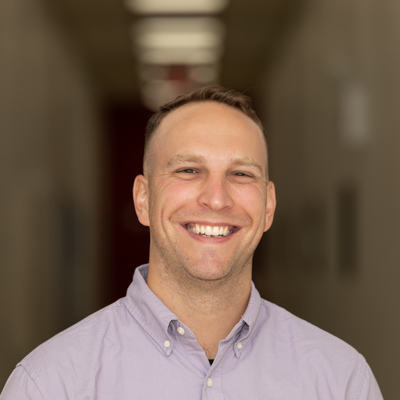 Dan Faas serves as the Senior Director of Character Initiatives and Culture for the Brilla Schools Network. Previously, Dan served as principal of St. Charles Borromeo School in Harlem. Dan began his career teaching middle school English as an ACE Teaching Fellow in Mobile, Alabama, and later taught high school English in Santiago, Chile. He also worked as the admissions coordinator for the Mary Ann Remick Leadership Program at the University of Notre Dame, leading the program’s efforts to recruit and grow a cohort of diverse and dynamic Catholic school leaders across the country. He then moved to New York City to serve as the curriculum and staff development associate for the Archdiocese of New York before serving as principal. Dan grew up near Ann Arbor, Michigan, and is a proud midwesterner. He earned a bachelor of arts degree in journalism from Michigan State University, a master of education degree from the University of Notre Dame, and a master of arts in educational leadership from the University of Notre Dame. In his spare time, Dan enjoys running, biking, swimming, and finding out new recipes to cook.

“This world demands the qualities of youth; not a time of life but a state of mind, a temper of the will, a quality of the imagination, a predominance of courage over timidity, of the appetite for adventure over the life of ease.”