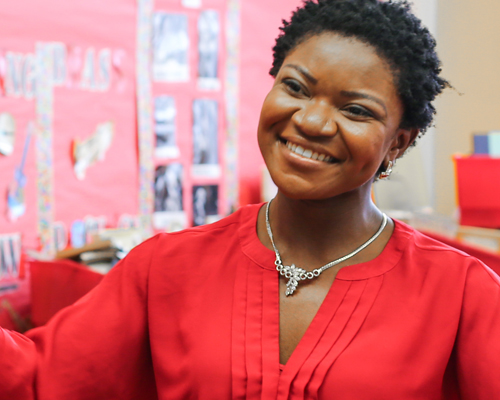 Esther Asibuo-Ramos joined the Brilla team in 2016 as a music teacher. Prior to joining Brilla, she was a founding teacher at El Camino Extended Day Faith Formation Program in 2013. Mrs. Asibuo-Ramos graduated from SUNY Purchase, where she received a Bachelors of Arts in Literature and a Bachelors of Music, and she is currently pursuing Graduate studies at Lehman College. Mrs. Asibuo-Ramos is thrilled to be teaching music at Brilla and enabling students to connect with music from all parts of the world and perform using new modes and technology. As an active vocal performing artist, Mrs. Asibuo-Ramos can be heard in solo and ensemble recitals, concerts, operas, galas, services, and virtual performances through out the Tri-State area. She loves chocolate, singing, and cultivating a love of music within her scholars.

“Music expresses that which can not be said and on which it is impossible to be silent.”